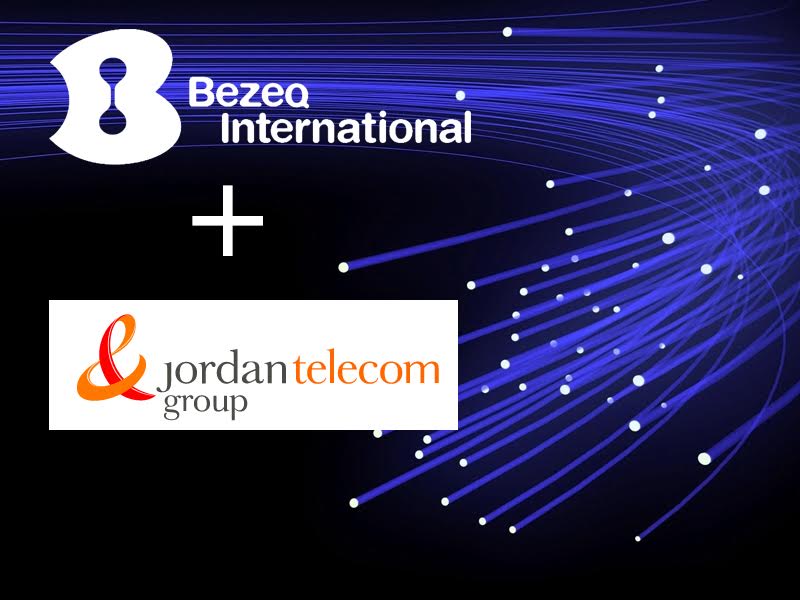 In 1994, Jordan and Israel negotiated a historic peace treaty, which was recognized as a pivotal step towards a permanent and hospitable relationship between the neighboring countries, and also opened new areas for commercial activities. Following the treaty, and in order to support broader national development plans and stimulate regional cooperation, the Jordan Rift Valley (JRV) Telecom Working Group was created; its primary objective was to explore a range of telecommunications projects that could provide economic and social development benefits for the two nations.

By the next summer, the JRV Telecom Working Group reached agreement to conduct a Feasibility Study on the development of a high capacity fiber optic telecommunications system along the southern part of the Jordan Rift Valley. The new fiber system would provide services to the Arava Valley, while connecting the two country’s telecom networks along with other regional and international networks. Thinking longer term, the JRV Telecom Working Group wondered if the fiber system could serve as a backbone of a future high-speed regional network.

The Jordan Rift Valley Telecom Working Group provided background materials, and we launched by evaluating Jordan’s and Israel’s telecommunications sectors and respective project development concepts. We then discussed economic, network planning and sector development concerns with key stakeholders in both countries, while evaluating regional assets and competition. Traveling back and forth, we outlined numerous study areas, along with their respective costs and benefits, while briefing top government and sector decision makers on the pros and cons of alternate project paths. Our work was highly sensitive, given that the two countries had not shared information, assets, or developed a joint work program, and with their cultural and economic histories, there were markedly different management capabilities, styles, and network assets.

Our deliverables included work plans, budgets, timelines staffing plans, investment scenarios and expected financial, economic and social development benefits for three distinct telecommunications projects. Project review meetings were then held in Jordan and in Israel to review the detailed parameters. After we achieved a working consensus, Global Resources traveled to a secure location, where both country’s top decision makers joined us. We facilitated private and group discussions of the revised Feasibility Study Project recommendations, and led bilateral negotiations to obtain agreement for each of the detailed Study aspects. Attendees included the JRV Telecom Working Group and related investors and sector stakeholders from each country.

When agreement on the Feasibility Study (including all its core planning elements) was achieved, we assisted the JRV Telecom Working Group in obtaining funding for the implementation of the three projects, which would provide timely financial, economic and social benefits for Jordan and Israel – and a way for two neighbors to leverage their assets, capabilities and visions into a synergistic and more stable and productive regional future.